On 11-12th December an international conference “Presentation of the topics on crimes against humanity in the education process” was held in Vilnius. It was the European Conference of Holocaust Educators and participants attended from Austria, Belgium, Greece, and Lithuania.

The seminar began with reports of the Marches of the Living, where young people from different countries visit the former Auschwitz-Birkenau concentration camp, established by the Nazi. Mr.Michel Gourary, the Director of the European March of the Living Network (EMOTL), spoke about the implementation of the March of the Living project and its objectives. Guests from Austria and Greece shared their experiences. Ronaldas Račinskas, Executive Director of the International Commission, introduced a Lithuanian initiative “The Memory path” – visits to places of massacres of Jews, commemorating the 23rd of September – the day of commemoration of the victims of the Lithuanian Jewish genocide. Lithuanian teachers from Tolerance Education Centers told about projects on the Jewish history implemented in other Lithuanian towns.

Lecturers prof. Šarūnas Liekis and Nerijus Šepetys discussed on the historic memory, presentation of the Holocaust story and talking with young people. The Chairman of the International Commission Mr.Emanuelis Zingeris shared his views on the Holocaust theme presentation to the public, about the long-term education policy. Participants of the event got acquainted to the paintings of the survivor of the Holocaust, a Litvak, world-famous painter Samuel Bak and discussed how paintings can tell the story of the Holocaust. At the end of the conference, participants discussed the possibility of a closer communication and cooperation as well as exchanging the good practice. The participants agreed to launch the Community of Educators for Genocide Prevention (CEGP).

Pan-European Conference of Holocaust Educators was organized by the European March of the Living Network (EMOTL) together with the International Commission for the Evaluation of the Crimes of the Nazi and Soviet Occupation Regimes in Lithuania and the State Vilnius Gaon Jewish Museum. 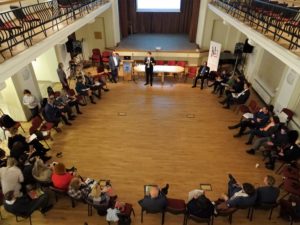 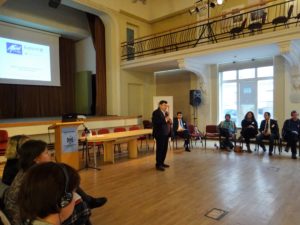 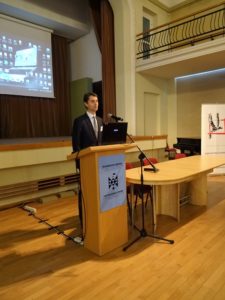