Civic initiative “The Memory is Alive Because It Witnesses“

This year the civic initiative “The Memory Is Alive Because It Witnesses“ was joined by approximately 1300 institutions both in Lithuania and abroad. This was the 11th annual event meant to commemorate the Day of Freedom Fighters.

At 8 o’clock on January 12, the windows in institutions, community buildings, and people’s homes lit with candles symbolizing life, light, justice, remembrance, and unity to remind us about the struggle Lithuanians underwent to protect their restored independent state.

The civic initiative “The Memory Is Alive Because It Witnesses” was initiated by the Secretariat Of The International Commission For The Evaluation Of The Nazi And Soviet Occupation Regimes In Lithuania.

The photos of the event are in the photo gallery. 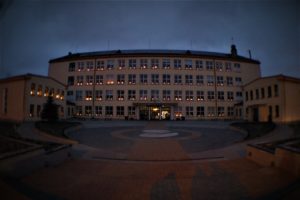