On 23 September, a commemoration of the Remembrance Day of the Victims of the Genocide of Lithuanian Jews was organized in Vilnius and other parts of Lithuania. This year, 165 educational institutions joined the civic initiative „The Memory Road“, 35 of which organized marches to the sites of massacres.

In Vilnius, the commemoration event of the Remembrance Day of the Victims of the Genocide of Lithuanian Jews began in Rūdninkai square, the former Vilnius ghetto territory. The commemorative event was opened by Ronaldas Račinskas, head of the International Commission Secretariat, who said that “The political leadership of the heads of a state is of utmost importance for the ability of civil society to resist evil”. The participating audience was addressed by Prime Minister Saulius Skvernelis of the Republic of Lithuania, Remigijus Šimašius, Mayor of Vilnius, Avi Dickstein, Vice-President of the International March of the Living Organization, Simonas Gurevičius, chairman of the Jewish community in Vilnius, Arnoldas Pranckevičius, Head of the European Commission Representation in Lithuania, and Emanuel Zingeris, Head of the European Commission. A literary-artistic composition was staged by pupils of Vilnius Sholom Aleichem ORT Gymnasium, based on the book “Saved in potato sacks”. Solis Ortus choir of Biržai “Saulė” Gymnasium performed a song “Ana Bekoach”. The event was attended by a delegation of the Association of Emigrants from Vilnius and its President Mickey Kantor, delegation s from the March of the Living from 8 European countries, Israel and the USA, heads and representatives of Jewish communities from Vilnius, Ukmergė, Šiauliai and Klaipėda, ambassadors of foreign states, including Yossef Levy, ambassadors of Israel in Lithuania,  Speaker of the Seimas of the Republic of Lithuania Viktoras Pranckietis, Ministers of the Government of the Republic of Lithuania, Members of the Seimas of the Republic of Lithuania, prof. Vytautas Landsbergis, about six hundred pupils and teachers from 20 Lithuanian schools.

The march of the iniciative „The Memory Road“ together with the March of the Living began at Rūdninkų Square and continued to Vilnius railway station, later from Paneriai train station to Paneriai Memorial, where a memorial ceremony was held.

Moments from events in Vilnius and initiatives in Lithuania 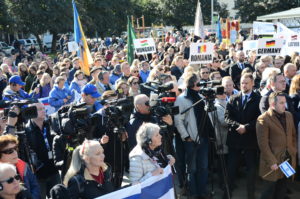 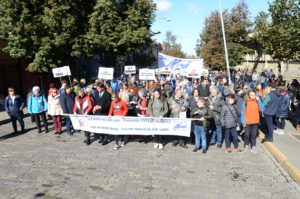 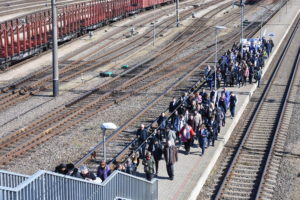 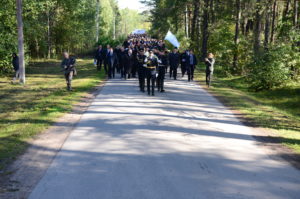 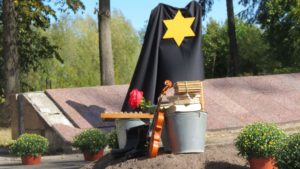 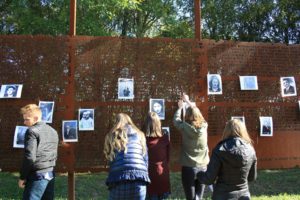 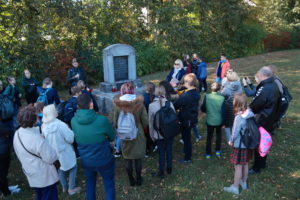 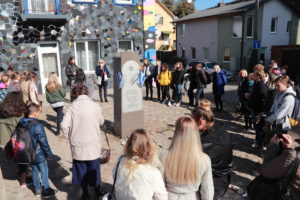