On 14 June Lithuania commemorates the Day of Mourning and Hope. This day marks the start of deportation of Lithuanian citizens on 14 June 1941, when about 17500 people were deported from Lithuania in one week,  5060 of which were children under sixteen.

This year the Secretariat of the International Commission invited Lithuanian schools to join the civic initiative “Toys of children in exile”. The theme of the commemoration originated from the memories of deportees, describing lives of children who had been subjected to inhumane conditions: illnesses or loss of their family, hard work, a constant shortage of food, but at the same time the childish desire to play, to have friends – to have a childhood. But the strongest desire of the children was different – to have their parents, brothers and sisters surviving, to see Lithuania again some time. Therefore, in the memories of exile survivors, there is often a recurring thought that when children came to Siberia – their childhood had immediately ended.

Lithuanian school communities,  Tolerance education centers were suggested to read the memories of former deportees,  looking for texts that reflect the experiences of children and adolescents. Even 163 Lithuanian schools initiated lessons, commemorations, various events and ‘creative workshops’ where pupils learned to make knotted dolls from scraps of fabrics, patches. Pupils tried to imagine what dolls could have been created by children in exile. Teachers invited ex-exiles and political prisoners to share their memories at school events and to tell the young generation live of what they, their parents and relatives had to experience. Kaunas IX Fort museum also joined the civic initiative. The museum staff found an exhibit in their foundations – a toy “Antytė”/a little duck/ of the exiled Aldona Zabarauskaitė. This toy was cherished by the girl on a troublesome journey to exile, she enjoyed it while living far away from her homeland and brought it back safe to her home. Kaunas IX Fort museum invited school communities to get acquainted with expositions on the theme of exile.

State events on the 14th   of June in 2019 took place in Vilnius in two locations: at the Museum of Occupations and Freedom Fights and in Naujoji Vilnia at the railway wagon, the symbol of exile. These events were attended by school pupils of Vilnius with white, hand-made paper birds symbolizing the memory about those children, who had not returned from exile.

The Secretariat of the International Commission has initiated civic initiatives for the commemoration of Mourning and Hope Day since 2004. Every year, more and more general education institutions, Tolerance Education Centers participate in the events dedicated to the preservation of historical memory. 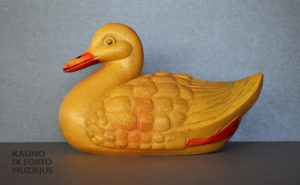 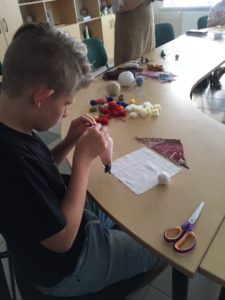 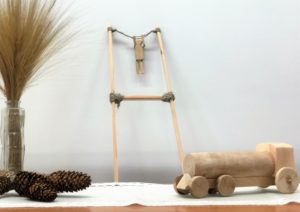 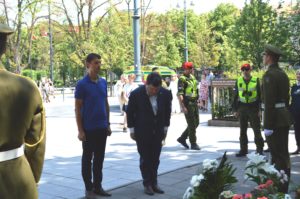