Komisija/Naujienos EN/Lithuanian representatives participated in 13th European Workshop on dealing with the past of Auschwitz burdened by violence. Invitation to Extend Perspectives in Oswiecim / Poland

Lithuanian representatives participated in 13th European Workshop on dealing with the past of Auschwitz burdened by violence. Invitation to Extend Perspectives in Oswiecim / Poland

The European Workshop has been organized for 13 years already; and hosted by the Maximilian Kolbe Foundation. It takes place in Auschwitz. The main objective of the seminar is to analyze and discuss how to combat war crimes committed during the Second World War. Auschwitz–Birkenau, the former Nazi concentration camp, has been chosen as one of the case studies to highlight the experience of violence during wartime and to illustrate its consequences, which have a lasting impact on humanity.

The multi–day seminar included an introduction to the history of the Auschwitz concentration camp, the survivors of the Holocaust, and discussions on historical and human values. On the first day, participants heard a lecture by Andrzej Kacorzyk, Deputy Director of the Auschwitz–Birkenau Memorial Museum, entitled “Combating the burden of past violence – a challenge for current generations”, followed by an introduction to the Auschwitz–Birkenau Memorial Museum and the crimes against humanity that took place in it.

The international event provided a remote meeting with Marian Turski, a survivor of the Auschwitz concentration camp, and Krystyna Budnicka, a survivor of the Warsaw Ghetto. Participants went to the Harmeze Monastery, where an exhibition of paintings and scenography by Marian Kolodziej, a survivor of Auschwitz, is on display: “Clichés of Memory. Labyrinths”. Representatives from Poland, Ukraine, Latvia, and Germany gave presentations on the consequences of the Second World War and the preservation of historical memory in their country.

One of the main highlights of the seminar was the memory of the Polish priest Maximilian Kolbe, who sacrificed his life for another prisoner in the Auschwitz concentration camp. This year marked the 82nd anniversary of his death. On the morning of the last day, the participants walked the Stations of the Cross at Birkenau. Each stop was dedicated to remembering a particular event or situation from the concentration camp. After each lecture, excursion, or presentation, participants had the opportunity to discuss, ask questions, and seek answers to their concerns.

This year, the Lithuanian participants were Giedrė Guzavičienė, an English teacher from Kalvarija Gymnasium, and Liveta Šikarskaitė, a Public Relations Specialist at the International Commission Secretariat, who is studying Cultural History and Anthropology at Vilnius University. The seminar was organized by the Maximilian Kolbe Foundation based in Germany. The Secretariat of the International Commission has been cooperating with the Maximilian Kolbe Foundation since 2012, and every year at the invitation of the Foundation recommends representatives from Lithuania participate in international seminars. 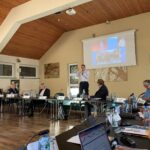 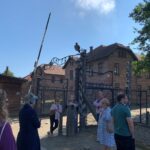 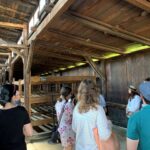 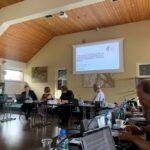 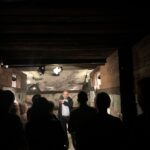 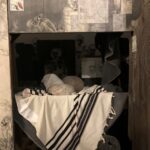 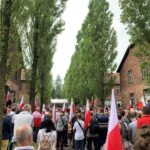 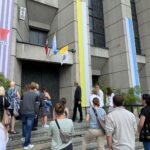 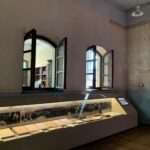 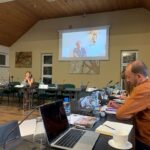