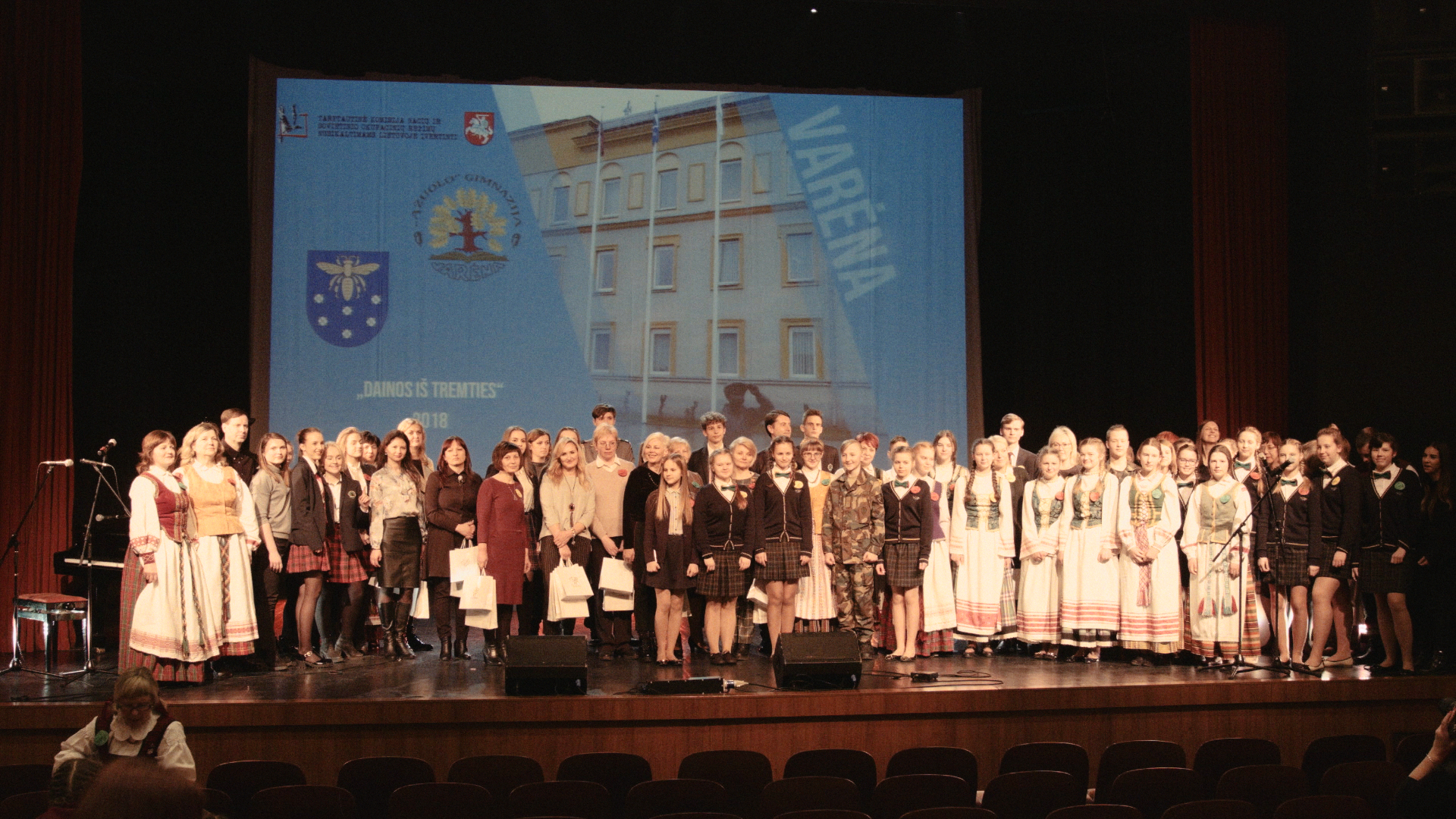 Event place :Varėna Culture Center
Coordinator:the International Commission for the Evaluation of the Crimes of the Nazi and Soviet Occupation Regimes in Lithuania in cooperation with Ąžuolas gymnasium in Varėna.

This year will mark 70 years since the deportation operation “The beat of waves” in March of 1949. The event is also dedicated to remembering the partisan war in 1944-1953.

A traditional song festival “Songs from the  Exile” will be held on March 28 in Varėna. The event will be hosted by Varėna Culture Center for the fifth year. The event is for school communities in Lithuania.

The purpose of the Song festival is to remember repressions, exile of the Lithuanian people during the first and second years of the Soviet occupation, to encourage to find out what songs were sung in exile, in the camps, what feelings and hopes  were reflected in the songs. During the period of repressions against the Lithuanian population and deportations there were more than 300 000 Lithuanian residents exiled to Siberia. This year will mark 70 years since the deportation operation “The beat of waves” in March of 1949. The event is also dedicated to remembering the partisan war in 1944-1953.

Information before the event

Information after the event