A conference in Mažeikiai on Jews of Samogitian towns

On 15 March a conference “Jews as a part of Samogitian towns” was held in Merkelis Račkauskas gymnasium in Mažeikiai. About 100 guests from the Samogitian region attended the conference.

The Tolerance education center of Mažeikiai Merkelis Račkauskas gymnasium has been implementing a project in 2018-2019 on the Jews of Mažeikiai, but the main focus of the project is on Jewish teachers and pupils who worked and studied in this gymnasium until the Nazi occupation. The conference, which took place on 15 March, was dedicated to the summarizing and publicity of the project.

The conference started with a documentary “Time and destiny”, created by Mažeikiai Merkelis Račkauskas gymnasium. This film told about Jewish pupils and teachers. The film mainly focused on the story of Israel Lempert, who succeeded to escape.

The historian dr. Linas Venclauskas spoke at the conference about anti-Semitism and its causes, giving examples, related to the Samogitian region. There were many presentations about Jewish communities in Samogitian towns and townships: Telšiai, Akmene, Raseiniai, Ariogala, Viekšniai, Tirkšliai, and Seda. Teachers and pupils shared their impressions – what information, pictures they have managed to find and what cultural heritage they have discovered.

A guest of the event, director of the Jakovas Bunka Support and Charity Foundation, Eugenijus Bunka, summarized the event by saying: “Seek, preserve, write down and publicize, as it is the real history of the towns, which has to be preserved.”

The conference was organized by the Tolerance education center of Mažeikiai Merkelis Račkauskas gymnasium together with its partners: the Secretariat of the International Commission and the Good Will Foundation. 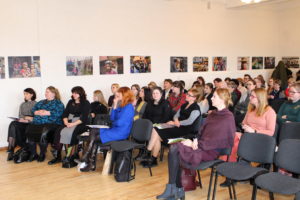 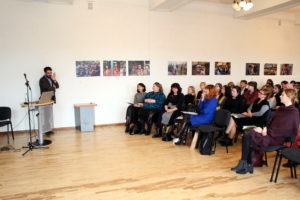