Lithuanian educators participated in an international seminar in Israel

On the 21st-31st of July, a group of Lithuanian educators took part in an international seminar – an internship in Israel, in Yad Vashem – the World Holocaust Remembrance Center.

The international seminar for the Lithuanian educators was held at Yad Vashem, the international school on the Holocaust studies in Jerusalem. The participants of the seminar were 26 teachers and educational staff from different cities and towns of Lithuania.

During the ten-day seminar, Lithuanian representatives listened to lectures on the life of Jewish communities in Europe before the Second World War, on the Nazi policy in the occupied countries, on the existence of Jews in the ghettos and mass extermination of people. The lecturers from Israel discussed with teachers about the statements of the Old Testament, the importance of religion for a human life. The participants of the seminar were introduced to the litvaks, who used Yiddish in their creation, and their cultural heritage, the teachers were introduced to the composers, who, in the face of death – in ghettos, were composing musical works.

During the seminar there were 2 meetings held with survivors of the Holocaust: Yakov Gurvich, a litvak, rescued during the Holocaust in Telšiai, and litvak Yakov Veksler, who was rescued and adopted by a Polish family.

During the intensive seminar, representatives from Lithuania visited the complex of Yad Vashem museum, in the archive of this institution, participated in methodological – practical sessions. The organizers of the seminar offered the participants a cultural program as well, when the teachers had the opportunity to get acquainted with the country, history, the Israeli culture and traditions.

By the end of the seminar in Israel, the educational staff visited Tel Aviv and went to the Embassy of the Republic of Lithuania. The group of teachers was welcomed by the diplomat of the Lithuanian Embassy in Israel, the Minister’s Adviser Ramūnas Davidonis, who told about the work of the Embassy, the links between Lithuania and Israel in economics, culture and politics and the representation of the state of Lithuania in Israel.

The international seminar in Israel, in Yad Vashem – International School of Holocaust Studies, was organized on the basis of a cooperation agreement between Yad Vashem and the International Commission. Such seminars for Lithuanian representatives are held annually since 2003. 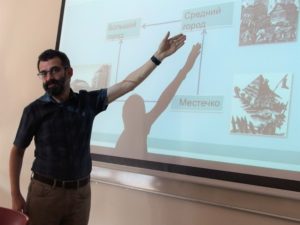 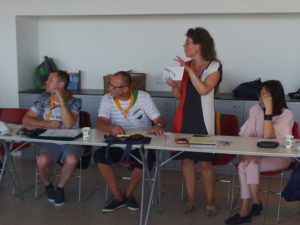 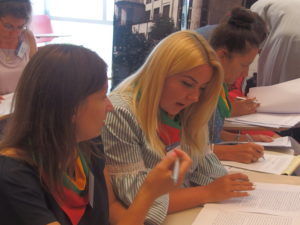 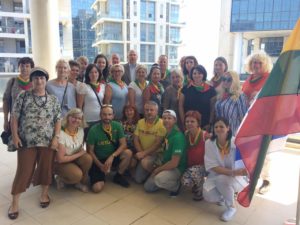