On the morning of 13 January, for the thirteenth time, the civic initiative “The Memory is alive because it testifies” was taking place.  In marking of the civil victory over the aggressor twenty-nine years ago, at 8:00 a.m., in the windows all over Lithuania, candles of memory, unity and victory were lit for ten minutes.

More than 1000 schools, state institutions, establishments and organizations in Lithuania and abroad responded to the call to action by the International Commission for the Evaluation of the Crimes of the Nazi and Soviet Occupation Regimes in Lithuania to participate in the civic campaign “The Memory is alive because it testifies”. This year, the patron of the initiative, President of the Republic of Lithuania Gitanas Nausėda invited to join the civic initiative and to commemorate the historic victory. The President of the Republic of Lithuania lit candles together with the pupils and teachers of Vilnius Ryto progymnasium. In his speech, the President remembered heroes who died for freedom and at the same time he emphasized to the pupils that the 13th of January is a victory day. Chairman of the International Commission, signatory of the Act of Independence Emanuelis Zingeris recalled the events of January 1991 and expressed gratitude to the mother of the deceased Darius Gerbutavičius for her brave son. Darius Gerbutavičius, a defender of Lithuanian freedom, studied at this school.

Candles, traditionally lit across all over Lithuania, symbolize the fires of freedom defenders at the parliament, the light of defended freedom and the victory over a brutal force, memory and concentration in honor of the dead and victims. 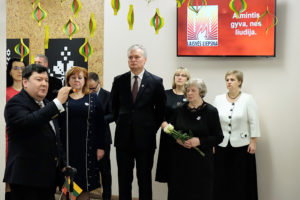 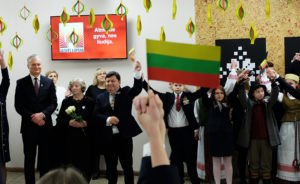 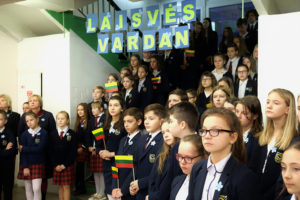 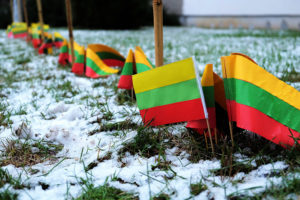 Moments from the events in Lithuania: 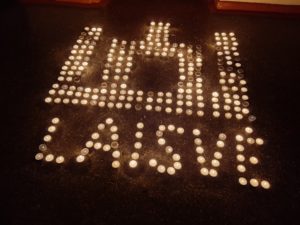