On the 14 of June in 2018 Lithuania marked the 77th year since the first mass deportations of the Lithuanian people, which began in 1941. This year, Lithuanian general education institutions were invited to join the civic initiative “Keys to the abandoned homes…”

In Vilnius and in many places in Lithuania, school communities were preparing for the remembrance of the Day of mourning and hope: they were reading memories of former exiles and political prisoners as well as made keys of paper, clay or wood, which were similar to those used by people more than 70 years ago. The commemorations of the Day of mourning and hope were organized by more than 200 schools and educational institutions in Lithuania.

The International Commission for the Evaluation of the Crimes of the Nazi and Soviet Occupation Regimes in Lithuania has, for the past fifteen years, been initiating civic initiatives dedicated to the Day of Mourning and Hope for general educational institutions. These civic initiatives, commemorative days are part of the “Program for the education on crimes of totalitarian regimes, on prevention of crimes against humanity and on tolerance training”.

Moments from the civic Initiative “Keys to the abandoned homes…”, dedicated to the commemoration of the Day of mourning and hope. 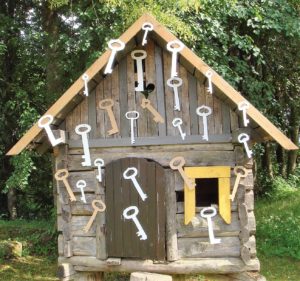 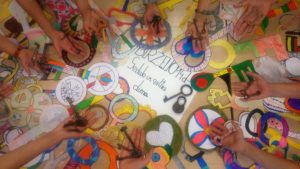 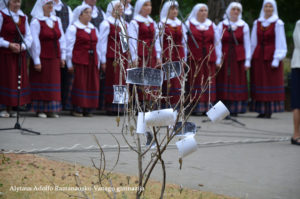 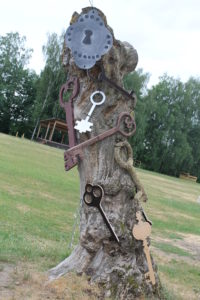