The Day of Mourning and Hope was commemorated in Lithuania

On 14 June the Day of Mourning and Hope was commemorated in Lithuania. The commemoration events took place on 14 June in Vilnius, and the Lithuanian school communities were organizing commemorations even two weeks before June 14.

The traditional official commemoration in Vilnius took place on Aukų Street at the monument to Lithuanian deportees. The event was attended by former deportees and political prisoners as well as representatives of the society. The event was also attended by Emanuel Zingeris, Chairman of the International Commission for the evaluation of the crimes of the Nazi and Soviet occupation regimes in Lithuania, a signatory of the Act of Independence.

Events to commemorate the Day of Mourning and Hope were organized in Lithuanian general education schools. This year the Secretariat of the International Commission suggested for the schools to organize a commemoration called “The Kite of Hope”. 156 institutions (schools, several libraries, one unit of deportees) responded to the proposed commemoration initiative. The date was commemorated in a different format by the schools: some school community organized the activities online, some of the schools organized commemoration events outdoors, respecting the safe distance. Teachers encouraged students to learn about the stories of people, who were imprisoned and deported. Later the students created kites: some students drew, others made them from various materials and decorated their school campus with kites. The Secretariat of the International Commission proposed the kite of hope as a symbol for commemoration because a kite can be associated with a person’s desire to be independent, free and willing to rise up, and the word “hope” is associated with the hope of deportees to survive and return to their homeland. Since 2004, the Secretariat of the International Commission has been inviting general education institutions to commemorate the Day of Mourning and Hope and to organize commemoration events in local communities.

You can see moments from the commemoration venues organized by Lithuanian schools here. 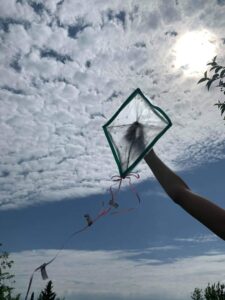 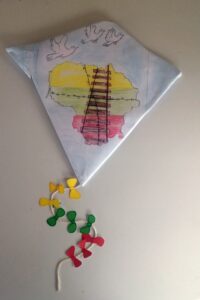