On the 22nd of March, the Culture Centre in Varėna hosted a traditional event – the national song festival “Songs from the exile”. The target of the event is to creatively and courageously commemorate the year of the partisan leader Adolfas Ramanauskas-Vanagas and the largest mass deportation operation of the Baltic population “Priboi” (“The beat of the waves”), which took place on the 25-28th of March, 1949.

A traditional event already – the song festival “Songs from the exile”- attracts more and more representatives from all over Lithuania. This year it has already been held for the fifth time. More than 300 participants from 22 schools participated in the festival. This festival is a living history lesson, where the songs sung as if returned from the past, reminding of the painful time for Lithuania.  At the festival, the students performed authentic songs, sung by partisans and exiles. Many of the old songs sounded fresh with artistic compositions and arrangements, developed namely for the event. Among the participants of the festival, there was also a choir of political prisoners and deportees “Viltis” from Varėna, who sang the exile songs to the students.

The song festival “Songs from the exile” was organized by the International Commission together with the Centre for Tolerance Education of Varėna Ąžuolas Gymnasium. 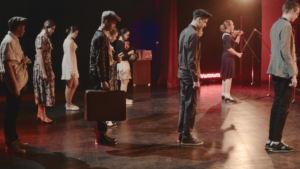 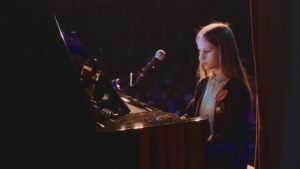 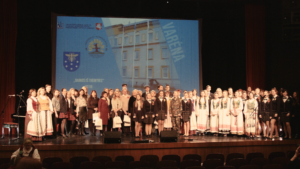 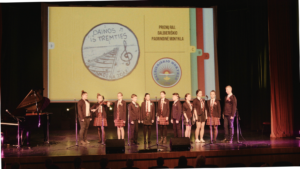 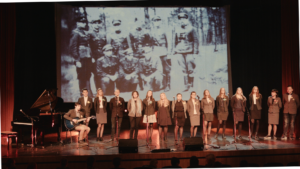